SRM 04-00 – Back In Business
It’s a simple job, to find a missing girl. Of course, nothing is ever simple in the shadows, chummer, and everyone seems to be interested in this job for one reason or another.

SRM 04-00 – Back In Business at DriveThruRPG.com 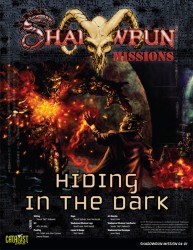 SRM 04-01 – Hiding in the Dark (Buried Underground, Part 1)
When the law puts a bounty on a small time crime boss, it’s time to go collect a payday. The hunt leads down into the Ork Underground where the Tourist Highway is still trying to recover from a devastating fire just a couple short months ago. When your bounty turns out to be more than he seems, there’s a choice to be made. Turn him in, or help him out?

SRM 04-01 – Hiding in the Dark at DriveThruRPG.com 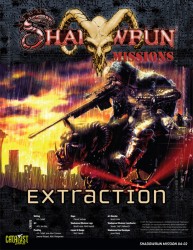 SRM 04-02 – Extraction (Artifact Rush, Part 1)
Horizon has some of the best and brightest college grads working for it in every field of study. Arcanoarcheology is a new field, and Horizon has just hired on one of the most promising minds to ever graduate from MIT&T. Both Draco and the Atlantean Foundation want this student working for them, and they’re both willing to pay big to get what they want. 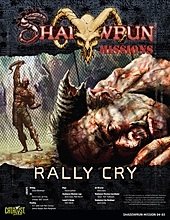 Shadowrun Missions: Rally Cry (04-03)
Whoever wins the war for the future of the Ork Underground is not going to leave a single weapon holstered. From waging outright violence to employing political subterfuge, both sides in the struggle are willing to use any tactics they can dream of to advance their cause.

Anti-metahuman sentiment has long been a hot-button issue in Seattle, and some members of the Ork Rights Committee have decided to expose one of Governor Brackhaven’s cronies for the racist they believe him to be. The only trouble is, people with a high public profile are usually very careful about keeping up appearances. If the ORC is going to support their accusations of racism, they may need some help in getting—or manufacturing—the evidence they need. That, of course, is where shadowrunners come in. 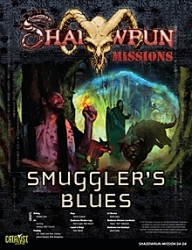 Shadowrun Missions: Smuggler’s Blues (04-04)
Stay Secret, Stay Safe
Crossing the border into Salish-Shidhe territory is not easy under the best of circumstances. Crossing when you’re carrying an item that lights up the astral plane like a phosphorus bomb is even trickier. But the stakes are rising in the fight over magical artifacts that keep finding their way into the Seattle area, and that means the possible payouts are going up as well. If you can play the role of a smuggler to the hilt and make all the right contacts, you have the chance for a serious payday. Of course, you also stand a good chance of making some very powerful enemies, but isn’t that always the way?